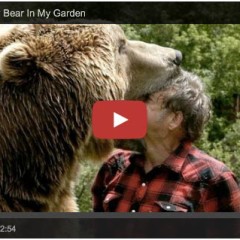 A remarkable friendship between a man and a grizzly bear. Bear trainer Doug Seus and his wife Lynne have shared their ranch in Utah with 3 bears for the last forty years. They were the trainers of famous Bart the bear that has starred in films like “The Great Outdoors”, “On Deadly Ground” and “The Edge”. Doug and Lynne Seus started the Vital Ground Foundation in honor of Bart, who was the organization’s 1st ambassador. The organization was begun to set up lands to preserve the great grizzlies and other wildlife. Source: imdb.com