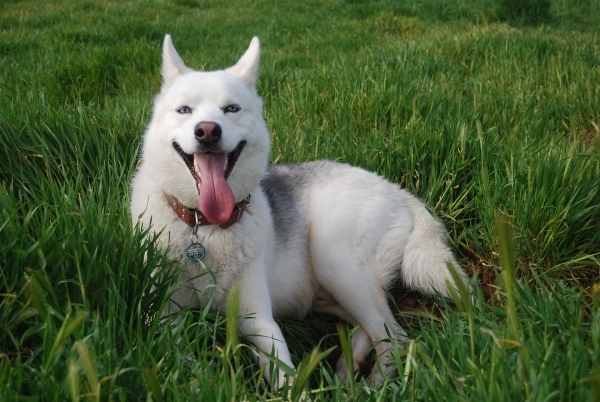 The strength and stamina of the Siberian Husky makes it ideal for carrying small loads at a decent speed over large distances. It’s a compact breed that is usually longer, nose to tail than it is tall. It has a medium coat with a soft, dense undercoat that helps it endure cold temperatures. Its pointed ears stand naturally straight up from the top of its head, and it’s usually predominantly black in color with white patches on its chest, face, and legs. Its eyes can be its most striking feature, ranging in color from dark brown to ice blue.

The Husky is an alert, intelligent, fun-loving dog that can also tend to be rather stubborn and mischievous. The dog loves running and, if given the chance, will roam away from its home to explore, so care needs to be taken to keep it restrained. The Husky may be aggressive towards other dogs but is usually fine with other household dogs. In fact, the dog is very social and requires the companionship of another dog or a person or it can easily become bored and destructive.

The husky may chase cats and livestock and some may be prone to howling, digging and chewing so ample physical exercise and mental stimulation are a must to keep it from becoming destructive.